Why We Should Start Viewing Failing Leaders as the Norm, Not the Exception 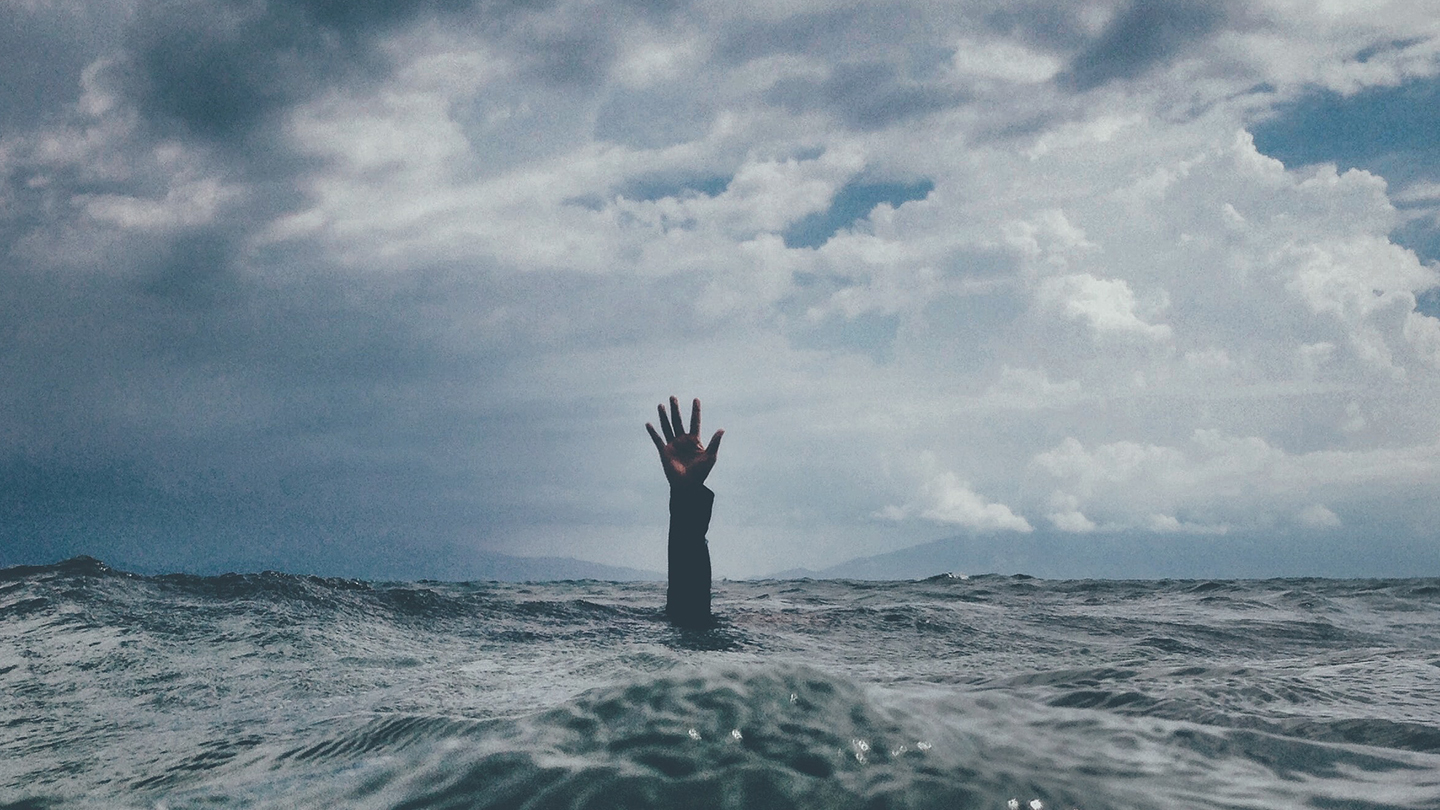 Modern-day Christianity has gotten something drastically wrong, and it’s come at the expense of the credibility of Christians, the loss of individual faith and spiritual identity, the closing of churches, and possibly one of the greatest misunderstandings of the Gospel in the 21st century.

As leaders fail and fall, Christians report being shaken to the core of their faith, as if somehow within the teachings of Christianity, leadership was lifted to an untouchable pedestal, resting not on the grace of Christ, but on the white-knuckle grip of personal morality– and it’s cost us greatly.

In the late 1990s, homeschool parents raged about the dangers of dating. Purity culture was sweeping the church as parents from the free sex, drugs, and rock and roll era of the late ’60s, ‘70s and ’80s swung to the opposite extreme to try to save their children from the pain and brokenness they experienced in their rebellion of the cultural Christian norms of the ‘40s and ‘50s. There was one man who could save your son and daughter from chain dating, cultural sexualization and teenage pregnancy– and that man was Joshua Harris.

Geeky, beaming, obviously awkward, Harris was the opposite of anything sexy. But he was educated, well spoken, and above reproach. Quickly, parents made his book, I Kissed Dating Goodbye a best seller, and Harris an overnight standard bearer– someone that would hold up the truth, present it firmly and proudly for all to see, and become the pinnacle of Christian morals. He was only in his early 20s.

Eventually, Josh married, authored 5 more books, had kids, became a pastor… and then something broke. Something that Harris vaguely described in a farewell post to Christianity,

“I have undergone a massive shift in regard to my faith in Jesus. The popular phrase for this is “deconstruction,” the biblical phrase is “falling away.” By all the measurements that I have for defining a Christian, I am not a Christian. Many people tell me that there is a different way to practice faith and I want to remain open to this, but I’m not there now.⁣⁣”

Just like that, the avalanche started, trailblazing the way for many more copy-cat “deconstructions,” carnage, and speculation. After 22 years cast in gold, gleaming on it’s pedestal, the idol of Joshua Harris tumbled to the ground in pieces. I can only think there should have been a different way for this all to play out.

We Expect Perfection, He Expects Repentance

Strangely enough, in the same farewell post to Christianity, Harris also referenced a quote by Martin Luther, one of the greatest movers and shakers of the Protestant Reformation,

“When our Lord and Master Jesus Christ said, `Repent’, he willed the entire life of believers to be one of repentance.”

This quote is the first point of the great 95 Thesis, sparking the wildfire that swept Christendom in the 16th century, splitting the catholic church and beginning the protestant counterpart. Yet for a quote so pivotal, it has somehow become lost in modern Christianity.

This may be due to the idea that repentance encompasses the turning away from sin– and while that is true, it’s also something that may be associated with total abandonment of sin, or never physically sinning again. But the Bible teaches that God doesn’t expect perfection from humanity, he expects repentance and reliance on Jesus Christ– the ultimate perfection and satisfaction of all sin!

What if there had been a place in the church, where Harris could have fallen and been allowed to fall. Not without consequence, not without acknowledgment of brokenness, but with the general understanding that failure within the church is what Christianity is all about. Let me say that again– What if Christianity proudly and repeatedly proclaimed that there is no one perfect but Christ, and as such, Christ’s people will always find themselves, “failing upwards” until their final breath. This is the pattern of the Bible.

To bring this conversation to present day, what if Ravi Zacharias had a place to fall? I’m not suggesting that repeated patterns of sexual sin are acceptable in Christian leadership, but I am saying that if sexual failure is expected, rather than ignored, shoved under the rug, or hidden, there may be a better chance for accountability that actually works.

The Bible’s Authenticity Thrives on the Hypocrisy of Men

Desiring God is an amazing resource for Christians, but as of the publication date of this article, they haven’t yet written about Ravi Zacharias– in fact, the last thing they wrote about him was this, from May of 2016, by John Bloom,

“I thank God profusely for apologists like […] Ravi Zacharias […] God gives them to the church to “destroy arguments and every lofty opinion raised against the knowledge of God” (2 Corinthians 10:5) and He uses them to encourage and establish Christians in the faith and to help non-Christians see Jesus for who He really is and become Christians.”

God also gives people to the church to prove to the church that their only hope is Jesus. That their platform, their status, their knowledge, their opinion, their instagram following, their bank account, the car they drive, the people they know…. It all means NOTHING.

Strangely, John Bloom goes on to acknowledge this just a paragraph later:

“You don’t have to be brilliant to show people who Jesus really is. Most people don’t come to Christ through the sophisticated arguments of top-tier philosophers or theologians, but through the faithful pointing by an ordinary person to the extraordinary brilliance of Jesus as he reveals himself in Scripture.”

Who does Jesus reveal Himself in scripture to be? The only way to God. The only perfect sacrifice– the pure atoning lamb.

What a Bunch of Chosen F**k Ups

From the start of scripture, there emerges a pattern that points to something, something the church has always struggled to figure out:

• Adam and Eve are the pinnacle of God’s creation. They can’t stand the perfection of beautiful life with everything great and excellent and provided and cared for (I’m not bitter at all), and they break mankind’s back by eating the apple. Skip ahead.

• Noah is called by God as the best man on earth after humankind is so corrupted that they literally can’t stop killing, raping, and sacrificing their kids to idols. Hard reset, everything is going to be great. Noah plants a vineyard, gets drunk and naked in front of his kids. God’s best man can’t be perfect. Skip ahead.

• David is the King because the people can’t stand for God to be their king, they need a human representative. And David is so good. God loves him so much and it’s really amazing, because David kills a woman’s husband and then power rapes her, along with a bunch of other seriously messed up things that this, “best man of God’s people” ends up doing. This is the linage of Jesus– a murdering adulterer who can’t build the template of God because he has so much blood on his hands. These are God’s best of humanity!

Then Jesus comes. He is not God’s plan B. He is God’s perfect plan.

“He was foreknown before the foundation of the world but was made manifest in the last times for the sake of you who through him are believers in God, who raised him from the dead and gave him glory, so that your faith and hope are in God.” -1 Peter 1:20-21

If Your Faith is Shaken…

If you find yourself shocked, disgusted and outraged when a pastor falls from Christianity, or if your faith is shaken, you’re disturbed, and troubled– Throw yourself on Jesus. He says He is the only way to the Father– not works, not righteousness, not perfection. Just Jesus. Trust Him and keep failing upward. 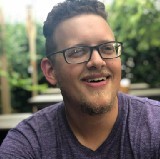